Looking back, we learn

That pressure makes us strong

That endeavor makes us grow

That failure makes us sober

That success makes us confident

That we are our true heroes.

In 2019, we will spare no efforts to realize further brilliance!

Externally, we have enhanced we-media construction and public media communication. Over the year, we-media has published 150 articles from more than 50 authors. Public media has reported the company for 15 times, among which 6 were provincial media. Click rate for the articles have been more than 140,000 times, and the highest one was 241,000 times, which has greatly improved the company image and product recognition. Internally, we have intensified the force of UniTTEC School, and have conducted multi-dimensional trainings on 22 topics including quality, competence, skill, action and development for nearly 400 employees.

Based on the culture construction, recognition of the employees for company mission and value has been remarkably improved, laying a solid foundation for the following 20-year sustainable development of the company.

In 2018, UniTTEC has made strategic layout in multiple dimensions including institution, technology, region, and industry and cooperation mode.

On September 29, the company has set up a Central Research Institute which would focus on major key technology breakthrough, optimize internal coordination innovation mechanism, promote comprehensive development of the company’s high technology strategy and then become the new drive for company innovation. The President Pan Lichun takes up the post of first Dean.

In 2018, sticking to the principle of “Giving full play to various advantages and building cooperation”, the company together with HUAWEI and H3C issued “signal system DCS network information safety level protection solution” for subway signal system aiming at building a set of signal system solution of high reliability and high safety.

In 2018, the strategic cooperation between the company and TECENT, ALIPAY and UNIONPAY has developed steadily with constant growth of AFC mobile payment business.

The year of 2018 also witnessed remarkable success of regional strategy. Contract amount of the year of Hubei Zhongkun Technology has been over RMB 70,000,000, exceeding the annual operation plan. Sichuan Zhikong has realized profits and successfully explored the new business mode of intelligent maintenance.

In 2018, UniTTEC kept technological innovation in “rail transit” and “energy conservation and environment protection”, which has solidified the leading advantages of its technologies. As for the field of signal, on February 4, “Chongqing Rail Transit Interacting CBTC System Demonstration Application Project” passed expert review. The BiTRACON CBTC signal system provided by UniTTEC for Chongqing Rail Transit Line 4 for dealing with the world-level difficulty of interconnection has successfully realized trial operation. On December 28, Line 4 went for trail operation with passenger onboard.

As for the field of AFC, on March 19, “Development and industrialization of AFC appliances for comprehensive traffic network” of UniTTEC has won the third prize of Zhejiang Sci & Tech Progress Award. From March 27, UniTTEC started to support Hangzhou Metro for comprehensive coverage of mobile payment for entrance & exit.

IV. Improved business ability for fixing position in the industry

On April 22, bidnews.cn announced that Zhejiang UniTTEC Co., Ltd. has won the bidding in the project of “Jinhua-Yiwu-Dongyang Rail Transit Signal System Goods Purchase and Service”. This is the domestic single-line project of highest bidding amount won by the company till today. Meanwhile, 2018 also witnessed further achievements in the transit business. Bidding amount for AFC has ranked among the first in the industry, and the contract amount of intelligent train has realized new breakthrough.

In 2018, with the leading technology, advanced management and considerate service, the water pollution treatment of Haituo Environment has taken the lead in the industry, and the market share of its plating waste water treatment remains No. 1 nationally. Abuja Urban Rail Transit Project is an important milestone for internationalization strategy of UniTTEC, as well as significant achievements of practicing the national strategy of the Belt & Road.

VI. Standard formulation for showcasing the intelligence of China

On September 19, as one of the formulators of standard for CBTC interconnection, technology, product and application of LTE-M in the field of urban rail transit of China, UniTTEC took part in issuing the “LTE-M and CBTC interconnection group standard” on Berlin InnoTrans2018 Exhibition. From December 1, the national standard Urban Rail Transit AFC System Engineering Quality Acceptance Standard（GB/T  50381-2018） for which UniTTEC was one of the formulators has been started for implementation.

VII. Intelligence technology breakthrough for entering in the era of technopreneurship

In 2018, the AI technology and product industrialization of UniTTEC have grown rapidly with triumphant success.

On December 13, the train intelligent video monitoring product was installed on the CR trains and has successfully passed the small-batch application evaluation, symbolizing that the intelligent equipment of UniTTEC has successfully entered into the field of high-speed rail.

Promotion of the checker symbolizes that the ticket selling and checking system has entered into the era of AI based on the big data environment.

In the end of 2018, for the train-ground wireless high-speed dump system, a key subsystem of train intelligence system developed by the company, based on years’ practical verification, the company has reached intention for application in large scale (44 trains) with CHN ENERGY Group. It indicates that the train intelligence system developed for the past five years has come to the practical stage and marched towards national major-line railway market. ISO/TS22163 standard is the key for success in the rail transit industry, as well as one of the latest international enterprise management system standards. Passing ISO/TS22163 certification review will connect the company to world leading management methods, and it indicates further improvement of the company management which will provide powerful support for upgrading product quality. The company thus has obtained a pass to the world for global competition and more opportunities.

In 2018, the stock market of China was in extreme downturn that the company stock price and market value was intensely challenged. To protect the interests of stockholders and investors, as well as to maintain the company value, by taking advantage of publication of the new Company Law, on October 29, the company held the fifth meeting of the 7th board of directors and proposed to repurchase the company stock with 50million Yuan, and the stock repurchased would be used for employee incentives. Also on the meeting, the company proposed to revise the decision-making procedures on stock repurchase in the Articles of Association. The proposal was passed on November 14 on the second extraordinary shareholders’ meeting.

On December 12, the company repurchased over 1.27 million shares of the company by collective bidding method. This was the first stock repurchase by the Company over the past 20 years after its IPO. Meanwhile, Pan Lichun, the president of the company, took the lead to continuously increase shareholding, which was followed by many executives. This indicated the company’s protection for the market value, as well as the company and its management’s faith to future operation and determination for protecting stockholders’ interests. Also, the stock repurchased was used for employee stock option incentives, preluding the company’s long-term motivation plan and reflecting the value of “sharing”. 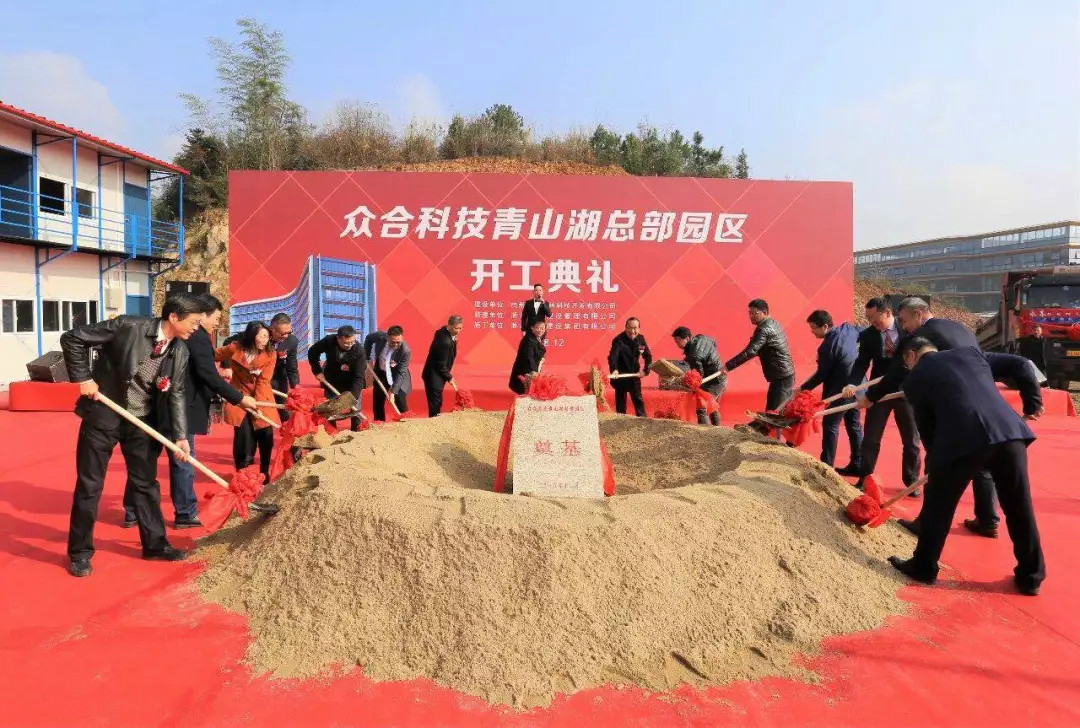