In response to the "13th Five-year" plan, combined with the needs of the urbanization process, and for the purpose of achieving the work requirements of "Rail Transit Leads Development of the City", Chengdu City actively builds an "industry-leading and international first-rate" rail transit industrial base, strives to create a hundred billion-level industrial cluster and aims to achieve 200 billion Yuan of main business income of the whole industry chain in 2025. 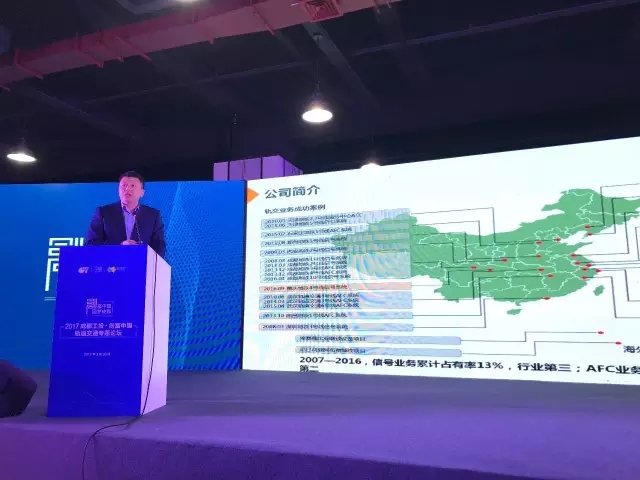 At the Forum, on behalf of United S&T, the Vice President Bian Jingfei signed an agreement with Chengdu Innovation Investment Co., Ltd. and Chengdu Advanced Manufacturing Investment Co., Ltd. to establish Sichuan United Intelligent Control Technology Co., Ltd. and officially settled in Chengdu. The company as a headquarters of United S&T in the southwest, aims at basing in Sichuan, radiating the west, and becoming a provider of integrated solutions for urban rail transit electromechanical system with core technology, products and services advantages in the west area. The signing of this agreement marked that the strategy of "layout nationwide and go global" of United S&T had entered the actual combat phase. In the future, the Company will make use of the advantages of industry cluster, talent and scientific research, investment environment and international platform to make a contribution to the development of rail transit industry in the west.